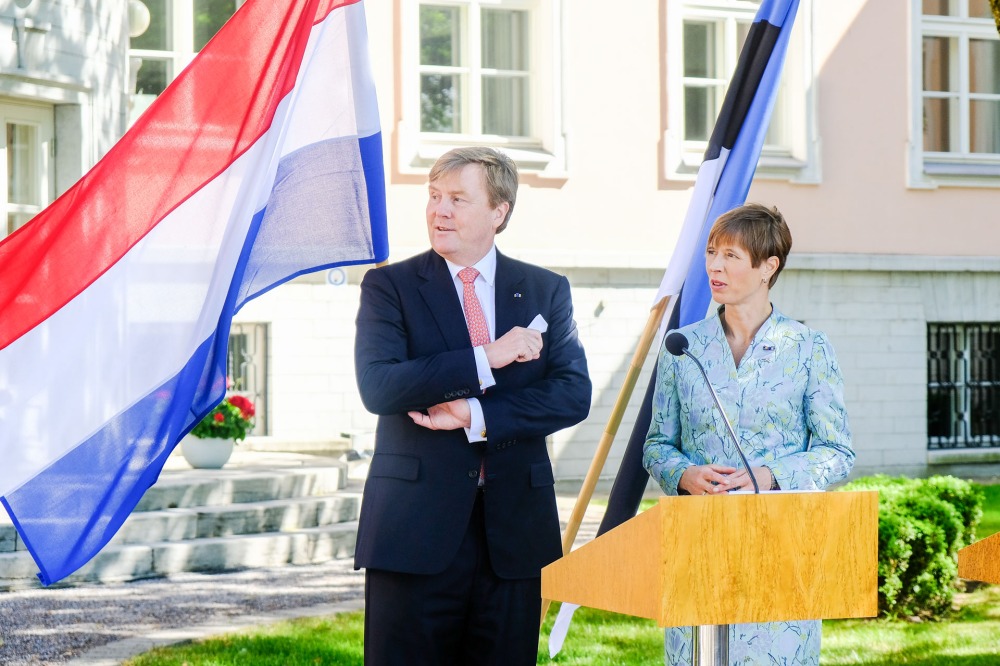 President Kaljulaid to the King of the Netherlands: we are two like-minded nations

The bond between our people is not simply on the political level. Our companies, students, and scientists work together, which to me is a clear sign of like-mindedness. By the way, the Netherlands is the third biggest foreign investor to Estonia, after our close neighbors,“ president Kaljulaid explained.

While discussing defence cooperation President Kersti Kaljulaid pointed out that, the Netherlands have been contributing to our NATO CCDCOE for years, their fighters have been patrolling our airspace and the Netherlands is our biggest partner in defence procurements. „This joint trust is based on our historical experiences, common values and approach to the international situation, which does not differ in any questions which truly matter—from Brexit to European Union issues,“ President Kaljulaid said.

The King of the Netherlands is on a state visit to Estonia from June 12.–13.

Photos: Mattias Tammet/Office of the President of Estonia