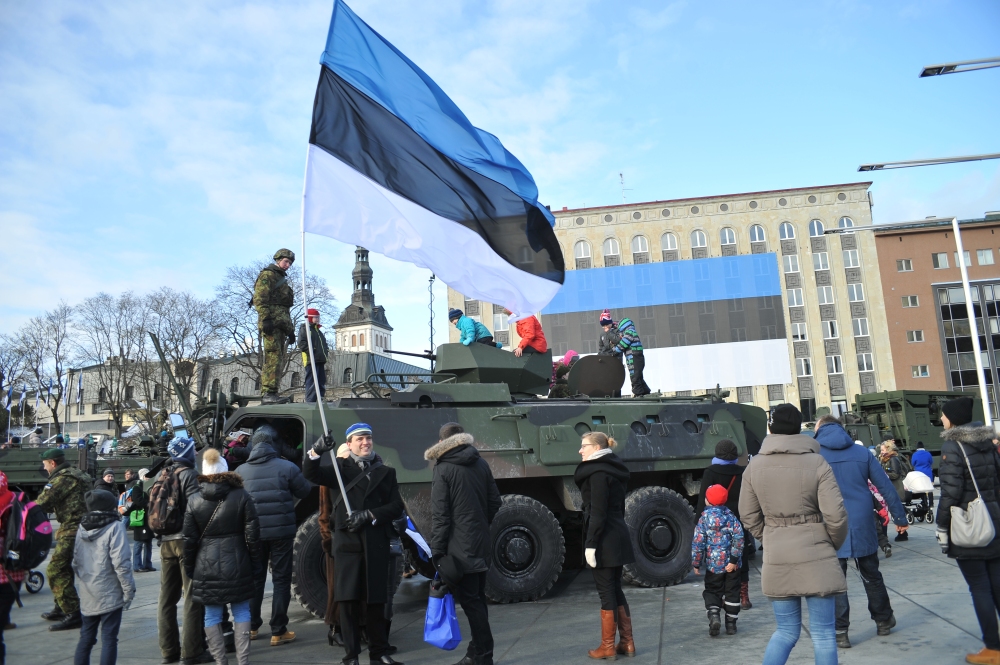 Everybody is invited  by Parliament of Estonia (Riigikogu) to attend the flag raising ceremony of the 100th anniversary of the Republic of Estonia in the early morning of 24 February in the Governor’s Garden at Toompea. The flag will be raised at 7.33 a.m., while the national anthem is played.

President of the Riigikogu (Parliament of Estonia) Eiki Nestor and final year pupil of Tallinn Secondary School of Science Mathias Kübar will make speeches. Archbishop of the Estonian Evangelical Lutheran Church Urmas Viilma will say the words of blessing. Student of the Drama School of the Estonian Academy of Music and Theatre, winner of Voldemar Panso Prize Priit Põldma will read the Estonian Declaration of Independence.

President of the Republic of Estonia Kersti Kaljulaid, President Toomas Hendrik Ilves, President Arnold Rüütel, members of the Riigikogu and the Government, representatives of constitutional institutions and the diplomatic corps, and the Estonian Flag Society have been invited to the flag raising ceremony.

The flag raising ceremony in the Governor’s Garden will be attended by the flag hoisting units of the Defence League, the Women’s Home Defence, the Young Eagles, the Home Daughters, the Scouts, the Guides, academic organisations, as well as societies, associations and schools.

The ceremony ends at around 8.10 a.m. It will be followed by a folk dance party with the Estonian Folk Dance and Folk Music Association.