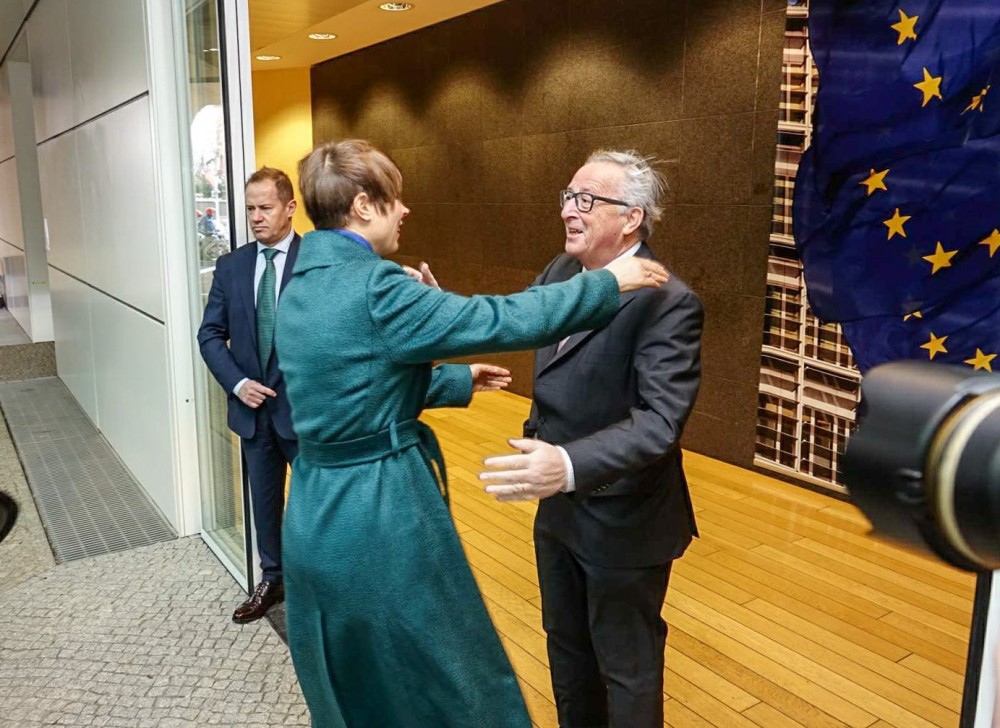 President of Estonia Kersti Kaljulaid  met yesterday  in Brussels with European Commission President Jean-Claude Juncker. The meeting discussed the issues of the future of the European Union, following the completion of the financial period, as well as the Community’s energy policy, the Eastern Partnership and major infrastructure projects.

“In the next funding period of transformation can be more complicated than on previous occasions – you want to spend a larger, but the UK leaving the Community budget, which can be used for redistribution, strained. This is why the budget approach this time not just to meet the needs of all the Member States, centralizing, but focusing more on cross-border projects and themes that are sensible to solve together, “the president said after a meeting with the President of Estonia Kersti Kaljulaid.

Such projects are, inter alias, the large transport projects. President Juncker confirmed the meeting with the head of our state funding for the Rail Baltica continuation in the next funding period. Juncker thanked Estonia for the presidency of the successful and efficient of the conduct.

The head of state is working visit to Brussels, where in addition meeting with Juncker will participate in two discussion European political strategy of the Center and the European Union Institute for Security Studies, the leaders, on the EU’s future common defense initiatives and the Eastern themes. In the evening, the head of state participate Erkki-Sven Tüür’s ninth symphony “Mythos” Bozari international premiere concert hall Brussels.