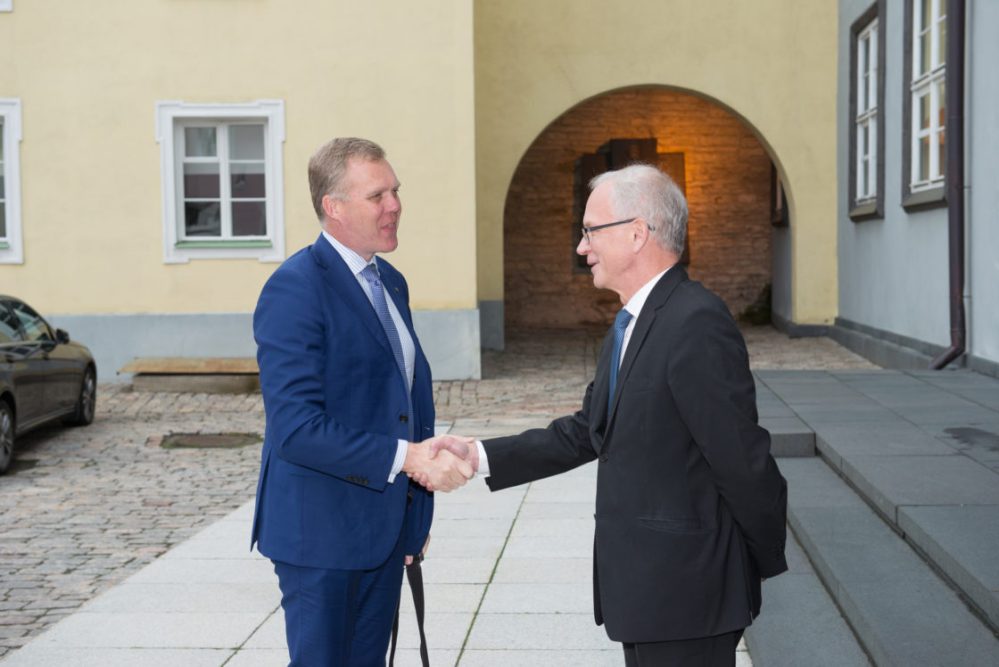 President of the Riigikogu (Parliament of Estonia) Eiki Nestor and Speaker of the Australian House of Representatives Tony Smith emphasised the importance of cooperation between the two countries in information technology at their meeting in the Riigikogu today.

Nestor and Smith stated that the digital sector was a good cooperation point. The President of the Riigikogu told Smith about the developments of the Estonian e-state in information technology. Electronic elections, e-services and cyber security were also spoken about.

According to Nestor, using the possibilities provided by e-services has become a kind of a fundamental right in Estonia. “Estonia is ready to cooperate in these issues and share its experience in cyber defence, e-governance as well as digital economy,” Nestor said.

Smith said that Australia had national interest in joint activities in the information technology developments and cyber security sector. It is also important for both sides to continue mutual cooperation between the countries both at the parliamentary level and in international organisations.

The Speaker of the Australian House of Representatives will also have meetings with Vice-President of the Riigikogu Enn Eesmaa, Deputy Chairperson of the Foreign Affairs Committee Keit Pentus-Rosimannus and members of the Estonia-Australia and New Zealand Parliamentary Group Mart Helme and Laine Randjärv.