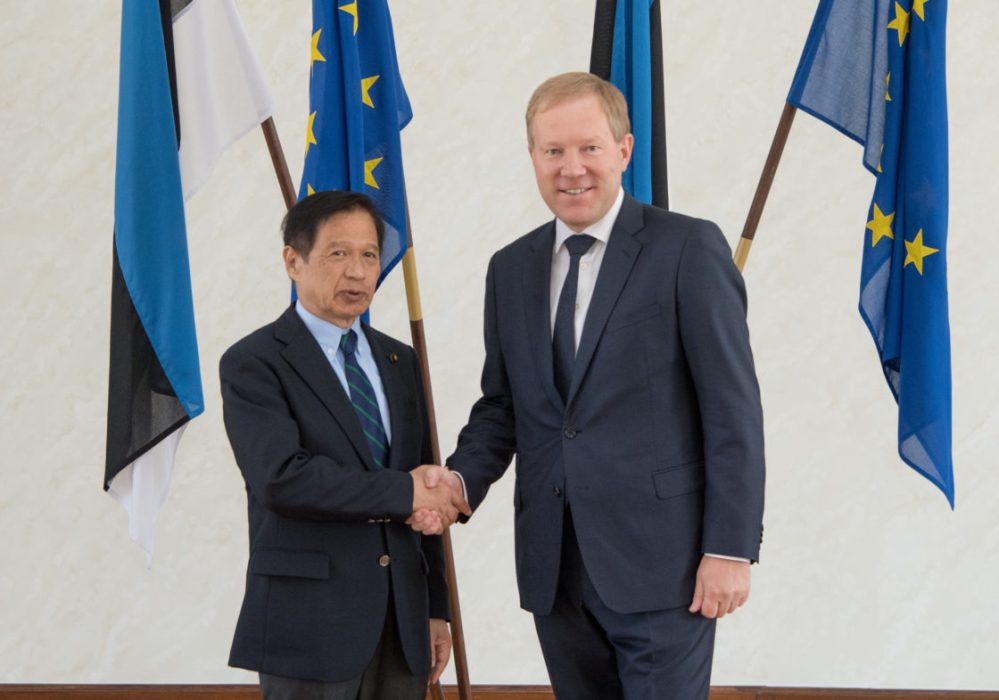 It was admitted that in the course of years, good relations had been established between Estonia and Japan. Mihkelson noted that the free trade pact betweenJapan and the European Union, which had recently been agreed upon, would open up greater possibilities for the Estonian businesses to reach the Japanese market.

Mitsuya acknowledged the Estonian Presidency of the Council of the European Union, and said that Japan had many things to learn from the developments of the Estonian digital sector.

The discussion focused on the dynamic developments that have recently taken place in the international security situation. Estonia is very attentively following North Korean missile tests, which are a threat not only to the neighbours of North Korea, but also to the whole international community.

Mihkelson emphasised that the developments endangering global stability and peace required unity and efforts in adhering to the international law from countries which shared similar values.

At the meeting, it was highlighted that although the relations between Estonia and Japan were excellent, it was important to have closer cooperation between the parliamentarians of the two countries.