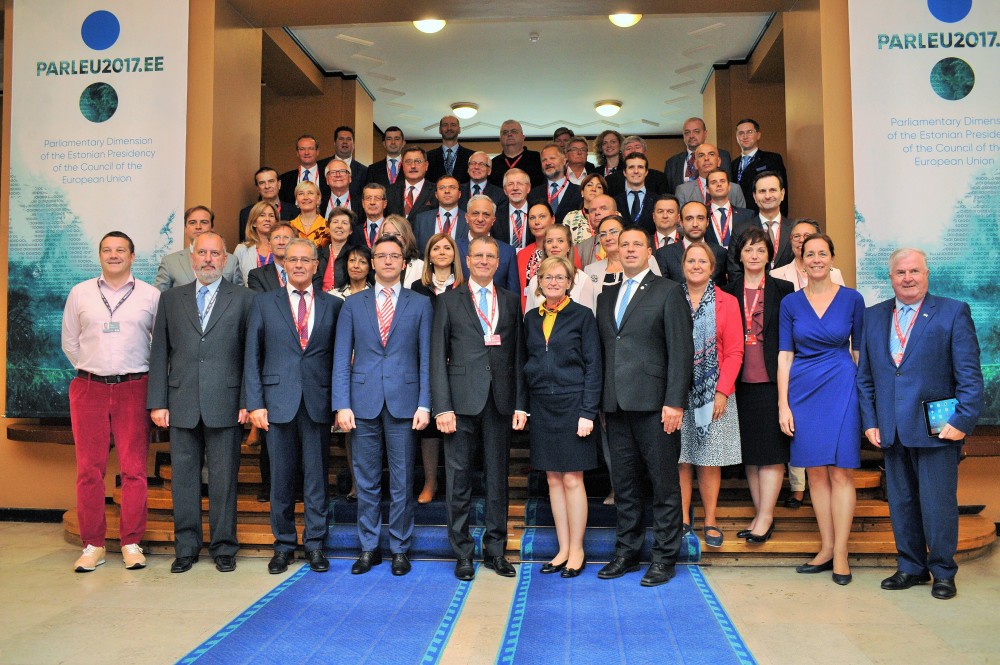 The speakers at the Meeting of the Chairpersons of the Conference of Parliamentary Committees for Union Affairs of Parliaments of the European Union (COSAC), which was held in Tallinn today, focused on innovation and supporting the growth of startups.

President of the Riigikogu (Parliament of Estonia) Eiki Nestor emphasised that although the globalised world had become unpredictable and forced us to face many challenges, the format of the cooperation of the European Union affairs committees of the national parliaments remained. “It was and still is an irreplaceable platform that brings together the politicians who work with EU matters,” Nestor said in the opening speech of the conference.

The report of Prime Minister of Estonia Jüri Ratas, which gave an overview of the priorities of the Estonian Presidency of the Council of the European Union, was followed by the debate and discussion on the competitiveness of Europe, innovation and the development of startups.

Representative of the European Commission Kristin Schreiber said that a venture capital fund was being created that should help startups not only in the founding of companies, but also at the later stage. According to her, the purpose of the package consisting of 46 measures is to strengthen the sustainability and competitiveness of SMEs and to introduce enterprising way of thinking.

Ivo Špigel, IT entrepreneur from Croatia, considered it necessary that the politicians created for business a dynamic environment that used technological potential. In his opinion, the startups create added value, but there is still much unused potential. He said that the startups, which at the moment mostly worked as isolated little islands, had to cooperate across borders and create European ecosystems. The politicians can contribute to it a lot by amending legislation.

Estonian IT entrepreneur Sten Tamkivi said that startups were not isolated units in economy or a goal in itself, but pathfinders, experimenters on the frontline of our future economy. He recommended making the tax regimes simpler for startups, because the startups had a positive impact on economy and society.

There are around 400 active startups in Estonia, whose total growth in 2016 was 100 million euro. 90 percent of this capital came from outside of Estonia.

Chairman of the European Union Affairs Committee of the Riigikogu Toomas Vitsut, who chaired the meeting of COSAC chairpersons today, was happy that we could introduce Estonia as a progressive and innovative country to his colleagues from all over Europe.

The meeting of COSAC chairpersons, which was the opening conference of the parliamentary events of the Estonian Presidency of the Council of the European Union, was a preparation for the COSAC Plenary Meeting, which will be held in Tallinn at the end of November. The Estonian delegation to the conference had three members: Toomas Vitsut, Marianne Mikko and Jaak Madison.