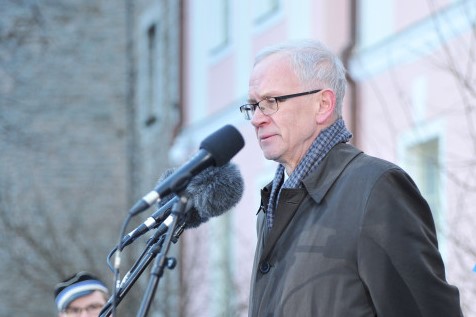 President of the Riigikogu (Parliament of Estonia) Eiki Nestor and the speakers of the parliaments of the Nordic Countries and other Baltic States will meet with the President, the Chairperson of the Parliament and the Prime Minister of Georgia, and visit the village of Khurvaleti, where the administrative boundary line with South Ossetia runs.

“These are important meetings, where eight speakers can together encourage the leaders of Georgia to develop and reform their state in order to better integrate with Europe,” Nestor said. “I congratulate Georgia on visa freedom with the European Union that will enter into force soon. The Government of Georgia did strong homework in the name of that, and visa freedom is a significant achievement in the integration with the European Union.”

On Monday the Nordic and Baltic (NB8) speakers will visit village of Khurvaleti near the administrative boundary line with South Ossetia. “Estonia supports the territorial integrity of Georgia and is interested in peaceful solving of the conflicts there,” Nestor said. “I acknowledge the leaders of Georgia for communicating with South Ossetia, Abkhazia and Russia, but international community must not leave Georgia’s concerns unnoticed.”

On Tuesday, the NB8 speakers will meet with President of Georgia Giorgi Margvelashvili, Chairperson of the Parliament Irakli Kobakhidze and Prime Minister Giorgi Kvirikashvili, and on Wednesday with several citizens associations.

The cooperation of the Nordic Countries and the Baltic States or NB8 is a regional cooperation uniting Finland, Sweden, Norway, Iceland, Denmark, Estonia, Latvia and Lithuania. One of its priorities is the Eastern Partnership, or promoting the cooperation and integration of Armenia, Azerbaijan, Georgia, Moldova, Ukraine and Belarus with the European Union.